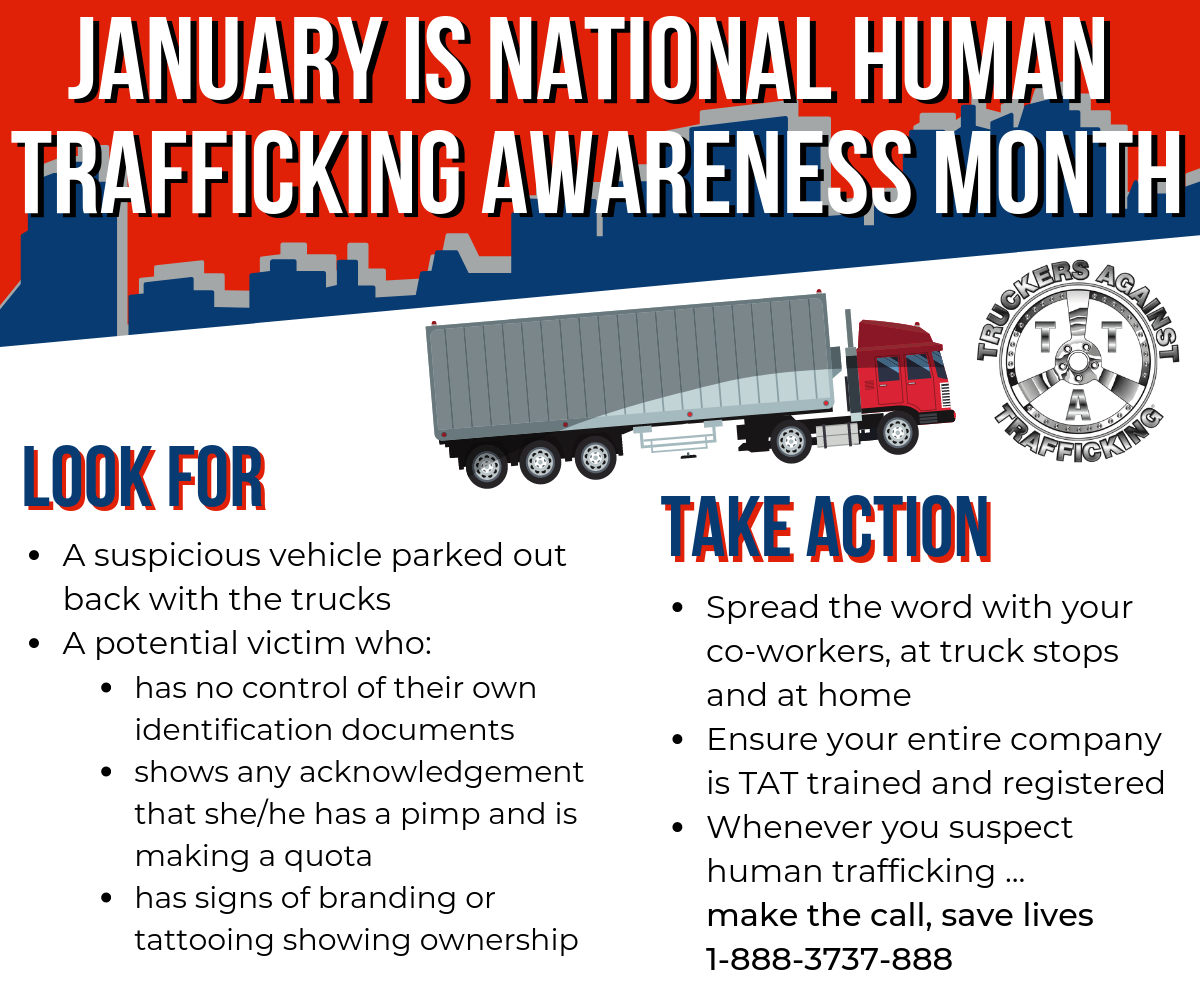 As many as 24.9 million men, women, and children are sold into prostitution, domestic servitude, or other forced labor around the globe. As commercial motor vehicle drivers and inspectors travel up and down our roadways every day, and are more likely to be one of the first to see crimes of human trafficking. That's why awareness is critical. Knowing what to look for and how to respond is essential.

This initiative is an awareness and outreach effort to educate commercial motor vehicle drivers, motor carriers, law enforcement officers, and the general public about the crime of human trafficking, the signs to look for, and what to do if you suspect someone is being trafficked.

Men, women, and children of all ages and backgrounds can become victims of this crime, occurring in every world region. Human traffickers often use violence or fraudulent employment agencies and fake promises of education and job opportunities to trick and coerce their victims.

Since human trafficking is often a crime hidden in plain sight, it is vital to be aware of its warning signs. Some indications that a person may be a victim of human trafficking include (especially in the case of women and children):

If you or someone you know is a victim of human trafficking, call the National Human Trafficking Hotline at 1-(888) 373-7888 or 911. The hotline is available 24 hours a day, seven days a week in more than 200 languages. All calls are confidential and answered live by highly trained Anti-trafficking hotline advocates.